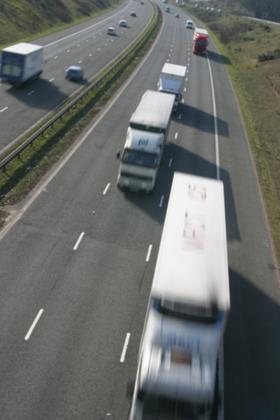 The cost of road haulage in January 2022 was up 15 per cent compared to the same month last year following surging inflation linked to supply chain bottlenecks and sky-high energy costs.

The TEG Road Transport Price Index, which charts the price-per-mile cost for UK haulage and courier vehicles each month, revealed a post-Christmas drop in price per mile, which is normal. However, it set haulage costs at a much higher starting level for the year than in each of the past three years.

The 13.5 point drop between December and January follows the pattern of previous years, with demand dropping after the Christmas peak. But2022 began with the highest January prices for haulage and courier vehicles since the TEG index began in 2019.

This rise in transport costs is likely to be passed down the supply chain and result in higher prices for a range of goods.

Besides rampant inflation, a further consideration is that the pandemic resulted in very low levels of economic activity, creating a low base rate against which inflation is now being measured.

For haulage vehicles, January prices dropped by 18.6 points compared to December 2021, but showed an18.8 per cent increasewhen compared to January 2021.

Meanwhile, the price per mile for courier vehiclesdecreased by 10.3 pointsbetween December and January, but the current level still represents an11 per cent year-on-year rise.

The gap between haulage and courier prices is closing, with haulage prices now only being2.5 percentage points higherthan couriers, compared to a difference of 10.8 per cent in December 2021.

Kirsten Tisdale, director of logistics consultants Aricia Limited and Fellow of the Chartered Institute of Logistics & Transport, said: “The TEG Index is telling us two stories about road transport as we enter 2022. First, despite the large seasonal drop in January, price increases have come to stay – the TEG Index is at a completely different starting level to the previous three years.

“Second, the haulage and courier elements have re-converged, at least for now, suggesting that there was an element of (understandable) panic about HGV drivers going into the peak demand period.”

What other factors will impact supply chain costs in 2022?

With inflation foremost in the minds of both logistics professionals and businesses alike, Lyall Cresswell, CEO of Transport Exchange Grouphighlighted other trends set to impact road freight prices this year.

“Cabotage rules were changed to ease a shortage of drivers and supply chain disruption, allowing international companies to send lorries with foreign drivers to the UK to make unlimited deliveries in a 14-day period,” Cresswell explained.

“Significantly, new regulations in May will mean smaller vehicles (between 2.5t and 3.5t) will require an operators’ licence. This requirement for international goods vehicle operator licences for carriage of goods previously only applied to larger vehicles, therefore this rule extension is another big industry change that we’ll soon see reflected in the TEG Road Transport Price Index. Businesses transporting goods between the UK and the European Economic Area will need a licence from May, adding to costs for a great many firms.”

In addition, Cresswell cited the growth of the on-demand economy as another driver of supply chain costs.

“Platforms like Uber started the real upscaling of the on-demand economy, but now we’re seeing the rise of ultra-fast, hyper-local grocery delivery. There is fierce competition in this space, particularly since lockdowns made us dependent upon these services.

“This growth has put immense pressure on the transport and logistics sector to meet demand, recruit quickly and adapt to new technological requirements. Needless to say, this has contributed to rising costs in the sector for some time now.

“However, the appetite for so many on-demand services could prove fickle, particularly when the pandemic winds down, and companies may find commercial sustainability elusive.

“As with so much else in the transport industry, much depends upon the course of the pandemic in the next few months and how consumers respond to changing circumstances.”