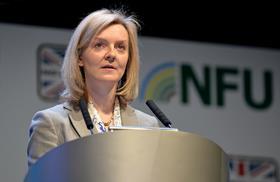 “Exporting supports higher wages, productivity, and high-quality jobs, but one in five of our food manufacturers export.We want to unleash the potential of many more businesses, which is why I am glad today to announce a new export campaign for British food and drink.

'Opening more doors for UK businesses, we are also seeking ambitious deals with the US, Australia and New Zealand, aligning with like-minded allies and applying to join CPTPP,' DIT said in a statement.