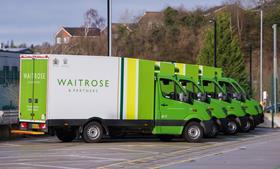 Waitrose has unveiled a series of initiatives aimed at supporting vulnerable suppliers, including overseas farmers and plant nurseries.

The supermarket, which is making the moves in response to the Covid-19 pandemic, said it hopes to support communities in developing countries that supply food and other products through the Waitrose Foundation.

The initiatives include unlocking £200,000 from the Waitrose Foundation Global Fund to support its overseas farming communities, focusing on the most vulnerable countries and communities within the supermarket's food supply chain.

Among other benefits, Watirose said this will help provide much needed communication about social distancing advice as well as provide sanitation kits and food parcels for the communities that grow, pick and pack the produce sold in its stores. This is projected to aid just over 100,000 workers.

Through its membership of the Prompt Payment Code, Waitrose points out that it is already committed to paying all of its smallest suppliers within seven days and in addition is supporting the most vulnerable in its supply chain by speeding up payments during this critical time.

For British producers, the retailer said its buying teams are working daily with the many family-run businesses that provide local produce to its stores, ensuring that the most vulnerable suppliers are included in key decision-making processes and continue to have a platform to sell their products.

Waitrose also said it is taking more stock of horticultural products than ever before to provide a lifeline to British nurseries that supply it.

Along with other retailers, Waitrose is helping finance a series of webinars with global food suppliers. They include talks from a variety of experts across the UK’s food retail industry, educating suppliers across the globe - in particular those that are several weeks behind the Covid-19 curve in the UK - to provide education and learnings on topics such as social distancing, furloughing and transport and accommodation.

Members of the Waitrose team are actively engaged with several working groups, including retailers, key farming organisations such as the NFU and other stakeholders. And it continues to provide strategic and financial support to key farming charities, including Addington Fund, Farming Community Network, Forage Aid, Royal Agricultural Benevolent Institution, and RSABI, supported by The Prince's Countryside Fund.

Rupert Thomas, director of food and grocery at Waitrose, said: “The John Lewis Partnership was founded on the principle that we have a responsibility to others and that we must treat people fairly, which extends to our Partners, customers, suppliers and the communities that we trade with, including those outside of the UK.

“This pandemic poses the greatest humanitarian and economic threat of our generation and, whilst we face many difficult decisions, as a collective industry we must continue to look at ways we can help to protect people and their livelihoods during this unprecedented time. The measures we have put in place are just the start and we will continue to do everything we can to provide support to our suppliers and the people who form part of them, particularly those that are most vulnerable.”