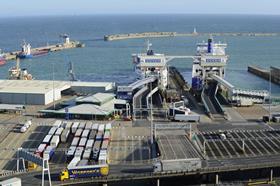 There are no lorry queues at Dover, the government says

The UK government has hit back at claims of Brexit hold-ups and empty lorries at the UK border with a public response to a letter sent by the Road Haulage Association (RHA) to the Chancellor of the Duchy of Lancaster, Michael Gove, last week.

In a statement published yesterday (7 February), the Cabinet Office said: “Thanks to the hard work put in by hauliers and traders to get ready for the end of the Brexit transition period, there are no queues at the Short Straits [Dover], disruption at the border has so far been minimal and freight movements are now close to normal levels, despite the Covid-19 pandemic.

“As a responsible government, we made extensive preparations for a wide range of scenarios at the border, including the reasonable worst case. However, it appears increasingly unlikely that our reasonable worst-case scenario will occur.

“We know that some businesses are facing challenges with the new rules, which is why we are operating export helplines, running webinars with policy experts and offering businesses support via our network of 300 international trade advisers. This is on top of the millions we have invested in the customs intermediaries sector,” the statement continued.

“We are committed to ensuring that businesses get the support they need to trade effectively with Europe and seize new opportunities as we strike trade deals with the world’s fastest growing markets.That is why we will continue to work constructively with the Road Haulage Association and other business representative organisations, including through the weekly Brexit Business Taskforce, to get them the tailored support to tackle any outstanding issues.”

Addressing each RHA claim in turn, the Cabinet said it did not recognise much of the data it presented regarding trade and logistics disruption at UK ports.

In the case of reports that UK exports to the EU fell by 68 per cent in January 2021 compared to the prior year, the government said: “Flows are monitored on a daily basis by the Border Operations Centre. In the last full week (30 Jan to 5 Feb) both outbound and inbound flows (across all UK ports) were close to normal, at 95 per cent outbound and 96 per cent inbound, in spite of the impact of COVID lockdowns on trade. For the same week, flows outbound specifically across the Short Straits were at 82 per cent. The Port of Dover’s own data confirms that volumes are close to normal.”

Richard Burnett, chief executive of the RHA told the Observer that in addition to the 68 per cent fall-off in exports, about 65-75 per cent of vehicles that had come over from the EU were going back empty.

The Cabinet office responded: “This does not reflect the data from our French counterparts, which puts the figure at closer to 50 per cent. It is an entirely normal part of freight flows to have empty lorries on the outbound leg from the UK into the EU - this has always been the case. Indeed, estimates suggest that prior to 1 January, around 30 per cent of all outbound lorries were empty.”

The Cabinet also rebuffed RHA claims that its offers to facilitate a roundtable with affected businesses had been ignored, and dismissed the association’s comment that the current 10,000 UK border custom brokers were not enough, and 50,000 customs brokers would be required.

“We do not recognise this claim,” the Cabinet Office wrote. “Recent survey data has shown the sector expected to see a near fourfold increase in their ability to process declarations and that there are intermediary businesses who currently have spare capacity. 50,000 is an arbitrary industry calculation - it is not and never has been a Government target. The Government has also invested £84millon so that customs intermediary businesses could boost their capacity.”