You say tomato, I say tomatillo 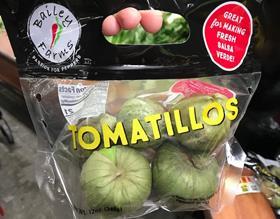 The subject of Mexican imports is a little contentious politically in the US right now. Some imports are regarded favourably, such as anything either Irish or Italian, which all Americans deem themselves to be regardless of the fact it’s been 150 years since their ancestors even saw the place!

When it comes to cuisine though, burgers (and garbage plates) are the only real modern American food. The average American eats three cheeseburgers a week. Many of those in health-conscious areas eat none, so somewhere people are eating six each to make up for it (see the show My 600-lb Life for evidence). The heritage of immigration, however, regardless of current political opinion, does lead to some great blending of tastes and cuisine.

Mexican food is huge here (physically and ideologically) and even more so in southern states, for logical geographical reasons. Taco Bell is a fast-food McDonald’s equivalent at every service station and mall corner. Then, beyond the greasier end of Mexican, there are lots of fresher mid-market options, and a great array of emerging ‘street food’ vendors selling vibrant, fresh tacos, burritos and fajitas.

There are even gourmet versions in high-end restaurants, and Taco Tuesday is actually a real thing here – like fish Fridays in the UK.

Tomatillos are an important part of this Mexican heritage. Mostly prepared in the form of salsa verde, they are delicious. They are in every Mexican restaurant. Their presence on tables across America necessitates their presence in the produce section of retailers (excluding the price-sensitive end of the market).

Tomatillos, also called Mexican husk tomatoes, are a member of the nightshade family and aren’t tomatoes, however from a merchandising perspective they tend to be ranged with tomatoes because of their aesthetic. Some retailers occasionally locate them with bell peppers.

Only the green variety is found in retailers here, though a purple is available. Sold in 340g block-bottom resealable grab bags, they are covered with a husk (like physalis, which they are related to). They can have a sticky sap coating on them, and while salsa is their primary use they are usually harvested slightly earlier and are harder for this. Harvested slightly later, they are sweeter and used for salads, soups, stews and curries.

Tomatillos are one import for which no-one wants a wall.