Ausveg, Australia’s peak industry body for the vegetable and potato industries, has welcomed the appointment of Queensland vegetable and onion grower Andrew Moon of Moonrocks, and Tasmanian vegetable grower Mark Kable of Harvest Moon, as grower directors of Ausveg following a board meeting and annual general meeting held on 24 November. 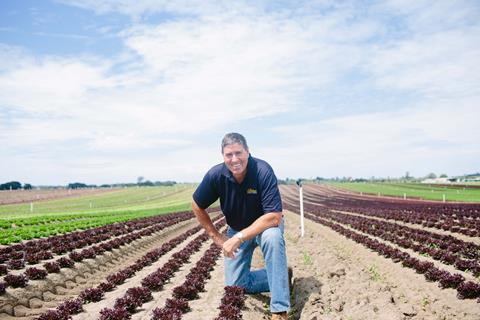 “Both Andrew and Mark are actively involved in the vegetable and wider horticulture industry, with Andrew previously serving as chair of Onions Australia and Mark the current chair of the Tasmanian Agricultural Productivity Group,” said Bulmer.

“Andrew and Mark will bring significant experience, expertise and passion to their new roles on the Ausveg board, and I look forward to their contributions on policies and initiatives that will lead our organisation and the Australian vegetable and potato industries into the future.

“I would particularly like to thank Belinda for her outstanding support and dedication as deputy, particularly during the turbulent times of Covid-19, floods, and rising input costs that have put tremendous strains on all growers around the country.

Bulmer said fespite the challenges faced by growers and the broader community, the last 12 months have been an exciting period for Ausveg.

”Following our efforts to increase industry collaboration and work with the wider horticulture industry to provide effective services and representation for our growers. This was clearly demonstrated in Brisbane earlier in the year, when we partnered with the International Fresh Produce Association of Australia-New Zealand to deliver Hort Connections 2022 to nearly 3,100 local and international delegates,” said Bulmer.

“Ausveg looks forward to continuing to effectively represent Australian vegetable and potato growers in the year ahead and is eager to continue working with the wider Australian horticulture and agriculture industry for the betterment of our growers.”