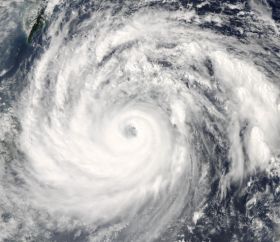 Tropical Storm Fay, the weather system that has already hit the Caribbean causing heavy flooding and deaths in Haiti, Jamaica and the Dominican Republic, is set to reach Florida today with forecasters expecting it to hit major fresh produce growing areas Palmetto-Ruskin and Plant City on Wednesday (20 August).

The storm has already passed through the Florida Keys, and is expected to intensify to Hurricane strength as it crosses the Gulf of Mexico towards the Florida mainland, with winds of up to 75km per hour.

"There are still some unknowns in terms of the storm's exact path, but growers are taking necessary precautions and are staying on top of the forecasts," Lisa Lochridge, director of public affairs for the Florida Fruit & Vegetable Association, told The Packer.

She said that growers in the Palmetto-Ruskin and Plant City regions have not yet planted large volumes of crops, although tomato beds across the region have been prepared and covered with plastic mulch. Production in South Florida begins in early November.