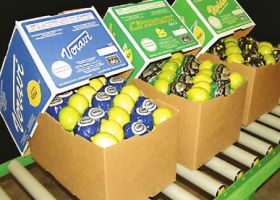 Spanish regional growers’ association Asaja Alicante has urged the Spanish government to veto the importation of Argentine lemons into the EU in reprisal for the South American nation’s moves to nationalise petrol company YPF.

The Alicante-based organisation called for the action in the wake of the Argentine government’s decision to expropriate YPF, despite Spanish petrol group Repsol owning a majority stake in the business.

In a statement, Asaja Alicante president, Eladio Aniorte, claimed that given the collapse in prices that Argentine imports produce each season for the Verna variety in Alicante, halting imports could aid Spanish growers and act as a protest against Argentina’s actions.

“Prohibiting the entry of foreign products will improve commercial conditions, which will favour a sector that has suffered years of losses and will contribute towards generating jobs and wealth for Spain in spite of the crisis,” he said.

“This situation presents an excellent opportunity to defend national production and achieve a halt to Argentine imports.”

According to the association, poor prices during successive seasons have led to a dramatic fall in the surface area of lemon production in Alicante, from 13,800ha in 2002 to 10,100ha in 2010.