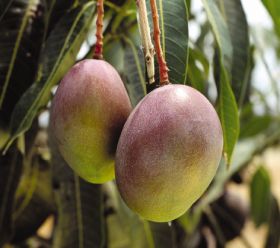 Organic mango production in the Mexican state of Michoacán is forecast to increase by 300 per cent increase this season, thanks to strong demand for the product in the US.

The State Association for Mango producers in Michoacán said it was trying to increase the planted area from the present 500ha to 2,000ha, a development which could mean an annual production of 12,000 tonnes.

However, association president Xavier Chávez Contreras told El Sol de Morelia that the cultivated area needed to ultimately be increased to between 5,000ha to 6,000ha to meet the growing demand from buyers and consumers.

Mr Chávez said that once the production, sale and export stages of the current campaign were completed, the planning and a further search for foreign buyers would begin for the 2009 season. He added that the association also planned to take measures to further cement the organisation of organic mango growers in the region.

Under the plan for the 2009 season, the state’s growers would have the potential to carry out three to four daily shipments during the period, equivalent to between 800,000 and 1m cartons every day, Mr Chávez claimed.

Michoacán is the leading producer of organic mangoes in Mexico and, according to the growers’ association, in terms of economic value the product is worth up to 100 per cent more than conventional mangoes. The state currently produces approximately 125,000 tonnes of organic mangoes every year, of which some 50,000 are exported, principally to the US.