Zespri has licensed Nelson growers to plant its new G3 kiwifruit variety, bred for its resistance to Psa-V 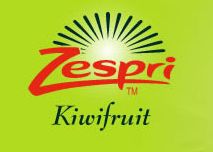 A total of 2,068ha will be grown nationally, the article said. The 1.8ha grown in Nelson will cover four orchards. The bulk of the supply is going to Bay of Plenty growers, who have been hardest hit by the disease.

Some 15 per cent of New Zealand's kiwifruit orchards are expected to switch to a new variety this year in a bid to stop Psa-V from decimating operations, the report said.

Change on this scale was last seen in New Zealand's kiwifruit farms over a decade ago when the gold kiwifruit variety was introduced. This variety is now being phased out due to its susceptibility to the disease, the article said.

The new G3 variety has shown resistance to Psa-V, but how it will actually fare against the disease in a commercial environment is, as yet, unknown, according to the report.

Zespri chief executive Lain Jager said while the release was a real positive for the industry, there was still a high level of risk.

"There are no Psa-resistant varieties," he said. "This means even with the introduction of a variety with greater Psa tolerance, the learning curve for the industry as to how to best manage orchards in a Psa environment remains steep."