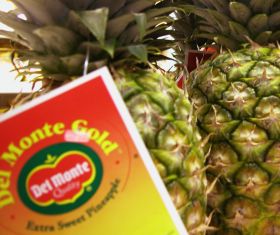 The promotion, 'Going for Gold', will encourage consumers in the US and Canada to buy the fruit in order to participate in a special sweepstake offering the chance to win 24-carat gold bars, as well as other prizes.

Del Monte's campaign, which will run between 28 October and 29 November, has been given a pirate theme, with retailers encouraged to create special displays in-store.

"Del Monte Gold Extra Sweet Pineapples are incredibly versatile and can be used for cooking a delicious meal of served as a nutritious snack," noted Dennis Christou, vice-president of marketing for North America at Fresh Del Monte. "Pineapples can be enjoyed year-round , especially in the fall when interest in cooking and baking is heightened as we approach the holidays.

"We designed this promotion to create excitement about our pineapple even during a normally slow sales period," he added.