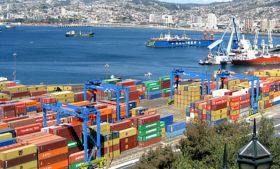 Chilean fruit exports in 2015/16 will be similar to last season’s total of just over 2m tonnes according to Asoex. The exporter association said although it was too early to give concrete predictions, an analysis of recent meteorological data carried out in all the main production zones suggested the volume of fruit available for export would be roughly the same as last year.

Last week’s weather reports from the Atacama, Coquimbo, Valparaíso, Metropolitan, O’Higgins, Maule and Bío Bío, Arauncanía, Los Ríos and Los Lagos regions show higher precipitation than in previous years, along with a warmer winter and wetter spring, all of which were favourable for water reserves but would mean the availability of less export-grade fruit.

“In short, we’re having a wetter spring with at least three major events so far resulting from El Niño, and the forecasters suggest the situation will continue until mid-December,” said Asoex president Ronald Bown. “All of this has pushed up production costs due to growers having to apply more treatments than at this stage last year.”

Bown noted that while recent snowfall, hail and rains had caused localised damage it was difficult at this stage to assess the impact on total production.

“It is not yet possible to produce a quantitative forecast, as some of the effects of the adverse climate are still not obvious,” he said. “Visually, we’re seeing a lighter load on many trees, but it is still too early to talk about sizes. Generally, we don’t expect to see any significant increase in the overall export volume.”