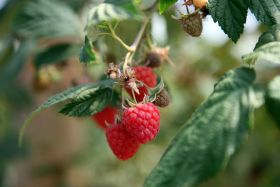 The president of the International Raspberry Organisation has urged Peru to develop its raspberry production by following a similar model to that developed in Chile, which has established a successful export industry over the past decade.

Speaking ahead of the V International Seminar on Berries and Cherries organised by Sierra Exportadora which takes place in Lima this week, Antonio Domínguez explained that the Chilean government had introduced a range of policies aimed at shifting production away from large companies towards small producers. These included the provision of subsidised credit lines by INDAP, the Institute for Development of Agriculture and Fisheries, run by the agriculture ministry.

“In 1995, the government of Chile adopted a series of measures to promote raspberry production among small family farms in an attempt to increase their revenue and today more than 70 per cent of Chile’s output comes from smallholdings of between 0.5ha and 1ha,” Domínguez said.

Peru recently made its first foray into commercial raspberry production, planting 30ha in Cajamarca, Lambayeque, Ancash, Lima, Huánuco and Arequipa. The government is providing support to small producers through the provision of cheap credit through Agrobanco which also employs an agronomist to give free advice to growers on issues such as pest management.

Domínguez also urged Peru to learn from Chile’s experience in order to avoid making the same mistakes. In particular, he said having an abundance of small producers raised the risk of food safety issues arising, in particular the use of banned agrochemicals and increased threat of outbreaks of Salmonella and other food-borne illnesses.

To counter this risk, he suggested that the government should create a law to monitor and regulate exports and that growers should purchase high quality plants and genetic material from certified nurseries to ensure they are free from viruses.

Chile is currently the third biggest raspberry producer in the world, with output of around 60,000 tonnes a year.