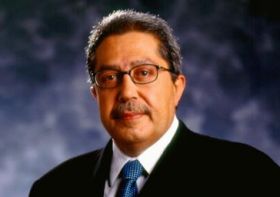 Brazil could become an important source of organic bananas, pineapples and melons for Fresh Del Monte as the multinational considers its future in the South American country.

Speaking to Fruitnet.com, president and chief operating officer Hani El-Naffy said the company was exploring several options in Brazil, one of them being to convert existing farms to organic production.

“Brazil has very favourable conditions for organic agriculture and we are exploring the possibility of converting some of our surviving banana acreage into organic farms,” he said. “We are also exploring organic production for our pineapple and melon farms there. As of now, Brazil remains the only viable source for melons for the European market during the period from August to January.”

Earlier this year, many of Del Monte’s banana farms in Rio Grande do Norte sustained serious damage after extensive flooding in the region. In June, the multinational acquired Caribana, one of Costa Rica’s biggest pineapple and banana producers, prompting a wave of speculation about the future direction of the company’s sourcing strategy in Latin America.

“The floods in Rio Grande had a significant impact on our banana operations there,” said Mr El-Naffy. “At this point we have in production or in a recovery stage approximately 50 per cent of our pre-flood acreage.”

Mr El-Naffy denied that Del Monte would be pulling out of Brazil. “Despite the flood damage and extraordinary cost due to the appreciation of the Brazilian currency against the US dollar, Del Monte is committed to continue its operations in Brazil,” he said.

He added that the company was exploring agricultural investment opportunities in new regions of the world which are geographically closer to end markets like the Middle east, Asia and Africa, with an eye to improving margins.

“We are convinced that some of the very best opportunities are to be found in less developed markets where few competitors dare to venture,” he stated.