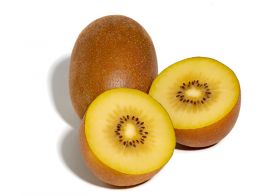 Zespri is pushing up its profit forecast for the 2016/17 campaign to NZ$70m-75m, in order to take into account Gold3 licensing revenue.

According to BusinessDesk, the New Zealand-based kiwifruit marketer has made the adjustment to take into account licence revenue of NZ$50m from the release of 400 hectares of Gold3 licence.

While the revenue gain is being recognised in the current year, the revenue itself will be realised over a number of years, Zespri said.

"The take-up of deferral terms by a substantial number of bidders means that the licence release will not generate net cash flow to Zespri until the 2018/19, 2019/20 and 2020/21 financial years," Zespri noted. "At that time, the Zespri board will make decisions regarding use of funds and distribution to shareholders."

Further releases of 1,200ha of SunGold licence is planned in three more tranches over the next three years, subject to board consideration.