The Dutch importer has welcomed the growing stability of the European market, as companies begin to cope better with the continuing Russian ban 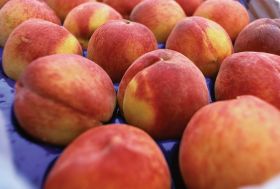 Europe may be suffering from a recession, but it remains a decent market, according to Eric Lagerweij, commercial manager at Dutch importer Olympic Fruit, who believes the continent has been helped by the emergence of alternative markets for exporters typically reliant on Russia.

“A lot of produce was going to Russia before the ban,” says Lagerweij. “We would organise mixed trucks filled with a combination of European and imported produce, but not now.”

Europe undoubtedly experienced oversupply in the immediate aftermath of the ban, but stability has started to return as exporters find new outlets.

“Producers that are affected by the Russian ban are looking at alternatives,” says Lagerweij. “In the past, they automatically turned to Europe, but now there is the Middle East and Asia. Spanish stonefruit now even goes to Brazil, where consumers are becoming more European in their demand for year-round availability.

"Fruit is quite expensive in Europe at the moment, so the surplus seems to be going somewhere. We are sending a lot to Spain and to eastern Europe, which has grown a lot in the past decade.”

Lagerweij also reveals that Olympic Fruit’s Fairtrade line is growing well. “A lot of our customers switch to Fairtrade as soon as they find out we have it,” he says, “even given the higher price. The retailers want something to be able to distinguish themselves from their competitors, while a lot of consumers are also keen on it. In 10 years, who knows, maybe Fairtrade will be a basic standard.”