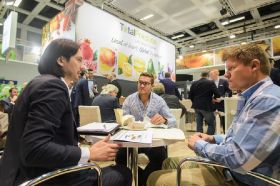 International fresh produce giant Total Produce has said that it is targeting continued growth throughout 2018 on a like-for-like basis, excluding the impct of the recent Dole transaction.

According to a statement, Total Produce's full-year growth expectations are unchanged, with any first-half increases limited due to unusual weather and currency movements.

The Group revealed on 1 February this year that it had entered into a binding agreement to acquire a 45 per cent stake in Dole Food Company for $300m, a deal that is subject to regulatory approval and Total Produce expects to close in the second half of 2018.

Some 63m new ordinary shares were issued on 1 February, raising US$180m to finance the Dole transaction, with the 2019 financial year being the first full year reflecting the scale of the transaction.

Subject to shareholder approval, a final dividend of 2.4527 cent per share will be paid on 1 June 2018, representing a 10 per cent increase on the previous year.

"Total Produce is in a strong financial position and the Dole transaction represents a very significant step and a continuation of the group’s successful expansion strategy," the company said.