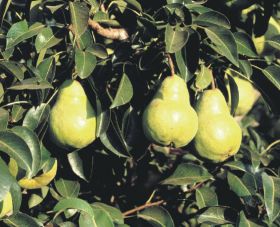 Chilean pears could be available to Chinese consumers from next season after the two countries reached an agreement to speed up the entry process.

This was one of the issues discussed at a meeting between the Chilean plant health authority and the General Directorate of Customs of China in Beijing, which also looked at the protocol for Chinese date exports to Chile, ways of improving access for Chilean avocados grown in areas regulated for fruit fly, exports of frozen products and the subject of electronic certification.

“We carried out a detailed analysis of the pests and control measures [for Chilean pears]…and hope to have the protocol agreed in September of this year and in December receive a visit by Chinese inspectors to monitor the implementation of the protocol,” said Rodrigo Astete of SAG.

This would clear the way for exports to commence in March 2019.

A similar process would be followed to open the Chilean market for Chinese dates, with a visit to China by SAG officials scheduled for September.

Asoex president Ronald Bown welcomed the progress made in the latest round of negotiations.

“The agreements reached with the Chinese authorities leave us very satisfied, because they represent an important advance for the entry of our pears into the Chinese market,” he said.

According to the latest census conducted in 2014/15, there were 8,537ha of pear orchards in Chile, representing 2.8 per cent of the country’s total fruit production.

“In the 2016/17 season, Chile exported 150,842 tonnes of pears to different markets in the world, of which 47.7 per cent went to Europe, 41 per cent to Latin America, 7.6 per cent to the US, 3 per cent to the Middle East, and just 0.5 per cent to Asia, so the opening of the Chinese market could mean not only a greater diversification of our markets but also an increase the volumes sent to Asia,” said Miguel Canala-Echeverría, general manager of Asoex.

At the same meeting, China agreed to allow for avocados grown in areas regulated for fruit fly to be transferred to packing facilities outside those areas.

Similarly, the Chinese authorities indicated that they are analysing a proposal sent by Chile for the entry into the Chinese market of 14 new frozen Chilean fruits, which could also be extended to other frozen products.

Finally, the two countries signed a memorandum of understanding to extend the E-Cert system in meat exports in moves towards a completely paper-free trading system.