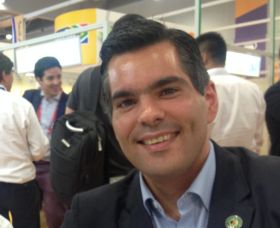 Chilean avocado producers face a bumpy ride this season as they square up to a bigger crop and increased competition on international markets.

According to Francisco Contardo, managing director of the Chilean Hass Avocado Committee, prices have been unstable from the outset of the present season due to markets rapidly becoming saturated.

“The markets are quite volatile, and changing at a rapid rate,” he said. “In August we had an oversupplied European market do primarily to the heavy volumes from Peru and South Africa.”

Peru was also a strong presence on the Chinese market, but in the US, demand was high as Mexican supply had not yet come on stream.

By contrast the start of the Mexican deal in September pushed down demand and prices in the US market, while prices in Europe improved as the Peruvian campaign wound down.

In spite of the changeable market situation, Contardo pointed out that: “Chile has well defined windows, which respond to variations in quality and price, provided supply and demand are balanced”.

The season got off to a later start than usual due to the heavy presence of Peru in the European market and a decision by producers to wait until fruit had reached a dry matter content of 23 per cent before harvesting in order to ensure that it arrives on the market in optimum condition.

According to Gonzalo Salinas of consultancy iQonsulting, Peru had shipped 300,000 tonnes by week 34, a 27 per cent increase on the same point last year.

“What’s more, the Peruvian season went on for longer than usual – in previous years, exports had started to tail off by July, and the volumes shipped during August were minimal, which gave Chile room to enter the market earlier,” he said.

Salinas noted that the longer Peruvian season was a double-edged sword for Chilean producers.

“On the one hand, it could help us to ensure we send better quality fruit, since it has longer to mature,” he explained.

“But it could also reduce Chile’s market window, and mean that its season is extended into the later stages of the season – in the months of January to April, in other markets such as China.

“Chile traditionally sends little fruit to China during that period, even though Peru has practically no fruit to export, since its season doesn’t get underway until April.”

Contardo noted that by and large the industry remained optimistic about the prospects for 2018/19 as there had been a lot of interest from the markets so far.

“Nevertheless, we are concerned about the drought that is affecting Chile, particularly in Region’s IV, V and the Metropolitan Region,” he said.  “When you add to this the impact of various freezes, production has been affected.”