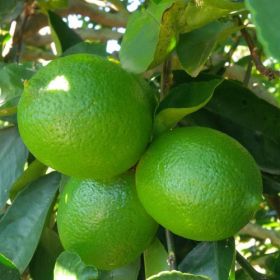 Pioneering lime producer Itacitrus has notched up another first, becoming the first company in Brazil to establish a year-round organic lime programme.

From its beginnings in 1988, the family-run business was quick to spot the potential of fresh limes on the international market. It was the first company in Brazil to obtain GlobalGAP certification, recognising the importance of assuring the quality of its products.

Today it is Brazil’s biggest exporter of fresh limes, producing more than 20 containers a week at the height of the season from its four farms in the states of São Paulo, Bahia and Minas Gerais.

“The use of fresh limes as a culinary ingredient and as popular addition to tropical drinks and cocktails – where the skin is also often consumed – is fuelling demand for organic limes,” says the company’s Heiko Freitag.