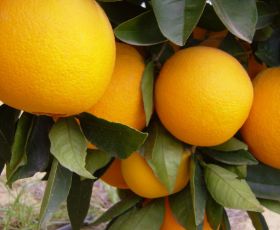 The first southern African citrus forecast of the season shows that the third successive record export crop in a row will be exported this year.

However, while the two previous years saw steep increases, this year’s volume will only be marginally higher than the previous campaign.

The South African Citrus Growers Association (CGA) announced at its grower conference in Port Elizabeth that close to 137m cartons would be exported this year to no less than 100 countries.

The CGA said that these figures were provisional and would be confirmed later in the week. It said this crop and a further rise in exports would continue to contribute to more work opportunities, increased foreign exchange revenue and a growing economy.

This year’s export forecast, which included citrus shipped from South Africa, Zimbabwe and Swaziland, showed an increase of 0.7 per cent compared with last year’s volume.

“The citrus industry has enjoyed two record crops for the export market in succession. Last year’s crop yielded a revenue of nearly R19bn,” said Justin Chadwick, CEO of the CGA.

The CGA said the soft citrus and lemon categories were mainly responsible for the recent growth in exports. “However, the net growth in these categories is off-set against a 3 per cent decline in Valencia oranges.”

Valencia oranges is southern Africa’s largest citrus export category, contributing 39 per cent to the total volumes, followed by Navel oranges (20 per cent), lemons (16 per cent), soft citrus (13 per cent) and grapefruit (12 per cent).

Chadwick said the increase was due to the resilience of the citrus industry and its ability to adapt to technological changes and overcome challenges.

“Our local citrus industry is one of the country’s most important fruit groups because of the value and volume it contributes to exports. It yields a revenue of over R20bn every year of which 92 per cent comes from exports. This provides work to more than 100 000 people,” he said.