US ready for South African citrus

Summer citrus time starts again in the US, with the first clementines set to arrive from South Africa 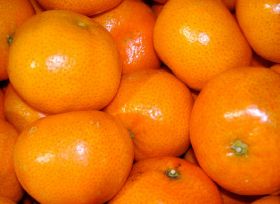 The first South African clementines of the season are expected to arrive in the US this week.

The first shipments will be in containers which will be discharged at the port of Philadelphia, having been sent from Cape Town last month.

“We are looking forward to a good season with excellent quality and taste and flavour boosted by ideal climatic conditions,” says Boet Mouton, chairman of Summer Citrus from South Africa, the umbrella under which all South African citrus fruit is sold in the US.

“While the outlook for soft citrus and navels is very good, the harvest of Midknight Valencia’s, which normally concludes the season, is perhaps less good,” he continues. “We had some strong winds at a crucial point of the fruit set last year and again recently which will affect our ability to pack normal volumes.”

The industry serving the US market, which is based in the Western and Northern Cape region of South Africa, is made up of about 300 production units.

“Over the years we have developed logistical cooperation and a supply infrastructure which enables us to supply the market efficiently and effectively," says Mouton. "It is not an easy programme to service and for us it naturally fits in with our supply programmes around the world."

In the past, early shipments by container were discharged in Newark and then transported by road to Philadelphia. Now the container schedule includes a call at Philadelphia, which according to sources in South Africa, has resulted in less frustration when clearing the fruit in Newark.

The reefer vessels will sail directly from Cape Town to Philadelphia and will allow for the completion of the sterri programme before discharge, making it key to the success of the South African programme in US.

“We have some concerns as to the availability of sufficient reefer vessels in future due to increasing numbers of reefer vessels being scrapped,” notes Mouton.

The reefer market could in fact get a boost which may encourage more shipping companies to build new vessels, namely greater demand for reefer transport that could develop globally. The past week saw the loading of the first reefer vessel from South Africa which will include discharge at Chinese ports. Depending on the success of this venture, reefers could become a far greater factor from South Africa to the east.

This may in the immediate future put pressure on the South African programme serving the US market, but could in the end also represent a new era in reefer shipments.

Mouton says in future the growers in the Western and Northern Cape will also have to deal with the possibility of extension to a wider growing region in South Africa supplying the US market.

“At present we do not know when and if this will finally happen, but we are realistic about the future'" he adds. "We know the supply limitations to the US market and it is one of our marketing regions. Once access has been granted and the dust settled, we believe that we will be able to continue to build our market share based on our experience and track record in this market.”

The ruling granting wider access to South African growers to the US market is stuck somewhere in the US administration. South African sources say while the US is in the midst of its trade wars around the world, there is little chance that the matter will progress.

The US also wants concessions for some of their other meat products to South Africa on their terms which is likely to take much time to resolve.