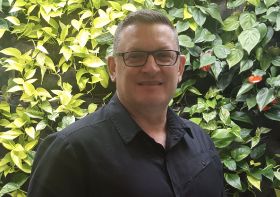 The scale and nature of the Controlled Environment Agriculture (CEA) industry is set to be documented in a new global census.

Global automation specialist Autogrow has partnered with New York-based Agritecture Consulting to run the census. They are appealing to growers to take part to better determine the roadblocks preventing the industry from accelerating.

The census will include greenhouses, vertical farms, indoor rooms and hoop or tunnel houses.

Both companies believe a great deal of CEA activity is not well documented, with data being fragmented and often unreliable, making it difficult to provide support or solutions on a larger scale.

Henry Gordon-Smith, founder of Agritecture Consulting said, “We do a lot of work with city leaders around the world and the conversations are about how the infrastructure needs to be in place in order to use new technology, drive costs down and operate sustainably.”

“Through the census we hope to highlight who is growing, what they’re growing, where they are growing and what they need to take it to the next level.”

One of the biggest known roadblocks to adoption of new technology today is internet connection on the farm according to Darryn Keiller, chief executive of Autogrow. Without connectivity growers are unable to join the growing trend of cloud-based software and remote access.

“We need to understand whether growers are ready for innovation, and if they aren’t, how we can get them there,” Keiller said.

“New crop production technologies are heavily reliant on growers having multi-modal internet to the farm and commercial grade onsite network infrastructure. If this isn’t addressed, and supported at a government level, then we will see an ever widening ‘digital divide’ at the farm level.”

“All the best technology in the world is of no use if it can’t be connected to the farm.”

Additionally, the companies hope the census will record best practice solutions to share across the industry.

“There are some amazing growers around the world who are using creative solutions for things like water usage, labour shortages, energy consumption or improved marketing activities using social media,” Gordon-Smith said.

“We want to capture that and share to the wider community. Only by banding together can we hope to push our industry forward in a positive way.”

The census will run until 15 July with a report on the findings published in September. All submissions are confidential and only anonymized data will be reported.