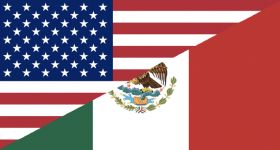 Consumer and business groups breathed a sigh of relief this weekend after President Donald Trump drew back from a trade war with Mexico over immigration.

On Sunday Trump announced that plans to impose tariffs on Mexican imports would be suspended indefinitely after Mexico agreed to intensify efforts to clamp down on migration from Central America.

He had threatened to put a tariff of 5 per cent on all Mexican goods from 10 June, rising at regular intervals to 25 per cent by October.

However a meeting between Mexican officials and Vice President Mike Pence and other members of the Trump administration led to an agreement with both sides reportedly offering concessions to the other.

As part of the deal, Mexico agreed to station 6,000 members of the National Guard around the country, mostly on the Mexico-Guatemala border.

It has since emerged, however, that the deal to avert tariffs largely comprised actions Mexico had already agreed to take months ago.

The New York Times reported on Saturday that the resulting agreement was actually one negotiated by Mexican Interior Secretary Olga Sanchez and then-Secretary of Homeland Security Kirstjen Nielsen in Miami back in March.

In talks that took place in Miami, Mexico agreed to send members of its newly formed National Guard to its border with Guatemala to help reduce the flow of migrants from South America.

Mexico is the leading supplier of agricultural products to the US, with exports totalling US$26bn last year.