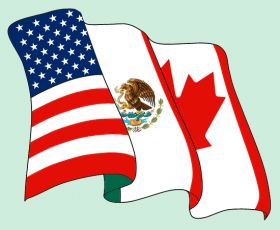 A bipartisan group of 23 Senators and House Members have sent a strong message to the US Trade Representative Robert Lighthizer reiterating opposition to any attempts to reinsert a seasonal antidumping provision into implementing language of the US-Mexico-Canada trade agreement (USMCA).

The 23 Congressional Members representing Arizona, Texas, and California wrote: “Using USMCA as a vehicle for pursuing seasonal agriculture trade remedies risks pitting different regions of the country against each other.”

The letter goes on to cite the numerous products that could be subject to price spikes, including watermelons, bell peppers, and blueberries.

The seasonal provision was first proposed during negotiations of a new NAFTA where it was solidly rejected by Mexico, Canada and many US agriculture groups, based on the fact it would create a precedent that could lead to tit-for-tat protectionist measures between the countries.

The FPAA said that despite the fact that a seasonality provision was not part of the USMCA signed by the three countries, a small but vocal group of companies from the southeast US continued to look for avenues to advance the unpopular proposal in an attempt give their commodities a competitive advantage in the market at the expense of consumers and US businesses in the fresh produce supply chain.

Tens of thousands of jobs depend on produce imports from Mexico, the FPAA noted. In tomatoes alone, the University of Arizona recently showed that 33,000 jobs across the US are supported directly and indirectly.

“We applaud this bipartisan coalition for recognising the value that our industry brings to this nation in terms of jobs and economic impact,” said FPAA President Lance Jungmeyer.

“Inserting special trade law changes for seasonal produce in the trade agreement would invite our trading partners to revise protections for their industries, and it would result in decreased trade in agriculture across the board.”

“The BTA thanks the members of Congress from both parties who are standing strongly in favour of a USMCA that continues the tariff-free produce trade that has served US consumers and growers well since the implementation of NAFTA,” BTA president Britton Clarke said.

“The USMCA modernises NAFTA for the 21st century and positions the US for increased economic growth. Inserting seasonality into the USMCA would be a major step backward, causing prices to spike and risking retaliation from our trading partners.”