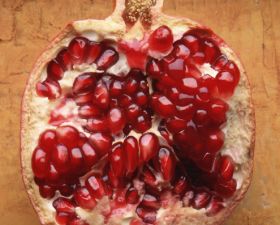 “Duties are going down from 9 per cent to 4.5 as of January 1st,” Gerhard Leodolter, director-international sales for leading pomegranate supplier POM Wonderful, told Fruitnet. “I’m expecting most importers will hold onto their fruit for a few weeks before clearing in order to get a better deal. In another year, tariffs will be gone altogether.”

“Volume to South Korea has backed off from several years ago, but they were importing way too much fruit for the market to handle anyway,” said Leodolter. “The industry was shipping well over 800 container loads about five or six seasons ago. Lately it’s been more like 500 loads, which is much more reasonable.”

The Australian market has become a steady business for California pomegranate growers over the years, importing an estimated 1,200 metric tonnes in 2018. However, that trade looks to be in jeopardy this season due to new shipping protocols imposed by the Australian Quarantine and Inspection Service that requires fumigation at source with methyl bromide. This treatment significantly reduces fruit shelf-life, so could make ocean shipments, which take over three weeks, too risky, Leodolter explained.

He believes that Australia’s new import policies are the result of some pests found in shipments last season from other California shippers who did not do a thorough job screening their fruit.

“POM Wonderful is the leading pomegranate supplier to Australia, and we haven’t had have a single load held up from pest discoveries,” he said. “We’ll probably try a couple of shipments under fumigation to see how it goes, but I’m not sure that anyone else will.”

Despite somewhat lower supplies versus last year, Wonderful variety pomegranates – which account for roughly 75 per cent of California’s production – are expected to become available in good volume from California’s San Joaquin Valley by mid-October.

“The Wonderful crop looks to be down around 15 per cent this year, mainly due to some rain and wind that hit the growing areas last spring, causing flower drop,” Leodolter said. “But with the lighter set, fruit sizing should be running to the large side, peaking on 22 count, followed by 30s and followed closely by 16s.”

According to Leodolter, the market can expect fewer smaller-sized pomegranates in future seasons, because as the trees mature, they naturally produce larger-sized fruit. There is also less acreage planted to pomegranates across the San Joaquin these days, as growers respond to falling demand from the frenzied levels of earlier in the decade.