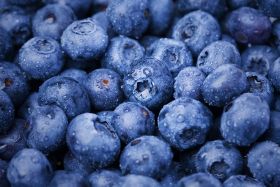 The higher volume was due to an increase in planted area, the replacement of old plants with newer, more productive varieties and the introduction of the Systems Approach for exports from the Ñuble and Biobío regions, which enabled more fruit to be exported fresh rather than frozen.

The value of shipments reached US$1.02bn last year, an increase of 23.4 per cent on 2019, according to trade agency Adex.

“From August to November we have an advantage, because the US and Canada do not harvest because it is winter, and in the case of Chile and Mexico they do not start their campaigns,” said Adex’s Lizbeth Pumasunco.

The main exporting regions were La Libertad (57 per cent), Lambayeque (20 per cent) and Lima (12 per cent).