EU plans to cut carbon emissions could drive up CO2 produced by shipping industry, according to Soren Toft 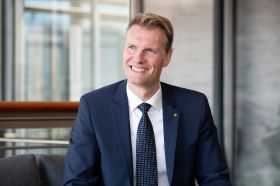 "A ship’s emissions from burning bunker fuel are far higher than those produced in construction, and other economic factors such as the oil price and freight rates determine ship speed," Smith told the attendess of the Financial Times’ Future of Europe conference.