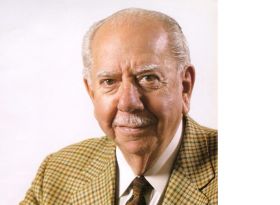 One of Argentina’s leading businessmen and a leader in the country's lemon sector Vicente Lucci died aged 82 on Saturday 14 March, according to a report in the local newspaper La Gaceta.

Born in Rome in 1927, Mr Lucci came to Argentina at the age of 24 and was one of the first to envisage a different future for the northern region of Tucumán; pioneering the production and processing of lemons as an alternative to sugar cane, the report said.

Mr Lucci created the company Viluco in 1962 and later at the beginning of the 1970s founded citrus producer Citrusvil. In the 80s, he guided the company onto the export market.

After years of stable growth, Citrusvil is now recognised as one of the leading lemon producers in the world and one of the biggest processors and exporters of the fruit in the Southern Hemisphere, according to La Gaceta. Today, the company is directed by Vicente’s sons – Pablo and Daniel Lucci.

On 26 February 2003, Mr Lucci established the Don Vicente Lucci Foundation dedicated to corporate social responsibility, and only as recently as two years ago retired from a managerial position at the Tucumán Foundation which he co-founded.