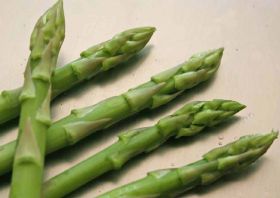 Fourth generation growers Giumarra and Campo Pablo Borquez have announced in a press release the creation of a new partnership to market asparagus in North America.

Under the deal, newly established marketing company Giumarra Borquez LLC will source asparagus from Mexico, Chile, Peru and California. The product will be sold in the US and Canada.

The partnership will have immediate access to all the services developed by Giumarra, such as an experienced sales and marketing team, integrated food safety, marketing, technical services and logistics.

Giumarra Borquez LLC expects to have asparagus from Peru available in August and from Mexico in November.

“I have known Pablo Borquez and his father for 30 years,” said Don Corsaro, president of the Giumarra Companies. “I have the greatest respect for them and I believe this is a wonderful opportunity for our two companies who know one another well to combine our growing and marketing expertise to the benefit of our customers.”

Campo Pablo Borquez has grown green asparagus in Caborca in the Mexican state of Sonora, Mexico, for more than 20 years. In 1999, the group opened a new production facility in the Yaqui Valley near Obregon City, located south of Sonora.

“We have known the Giumarra family for many years,” said Pablo Borquez. “Don Corsaro has always given tremendous support to our family and has been instrumental in developing a successful and progressive company that has never lost sight of the importance of family and sound business principles. I greatly admire him, and when the opportunity arose to join with Giumarra in this venture, it was an easy decision.”