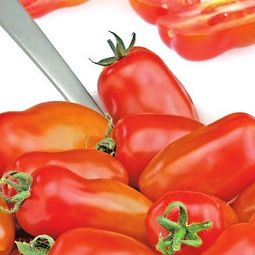 The Mexican government has joined the country's tomato growers and exporters in calling a US embargo on certain types of the country's tomatoes "unjust", arguing that it has caused exports to grind to a halt and is threatenening to devastate Mexico's US$900m business.

Mexico traditionally sends around 80 per cent of its tomato exports to the US, where an outbreak of Salmonella linked to raw plum, Roma and round tomatoes has hit the industry hard.

Growers in Mexico have pointed out that their tomatoes are subject not only to inspection on arrival in the US but also by Mexican officials prior to shipment.

"This action, which has no scientific basis, is excluding exports of Mexican tomatoes from the US market," said a spokesman for Mexico's Agriculture Department. "The FDA's unjust action is causing severe damage to Mexico's tomato industry, which provides thousands of jobs."

Meanwhile, US health officials said on Wednesday that they were still receiving reports of people falling ill from eating tomatoes carrying Salmonella bacteria. A total of 167 cases have so far been reported cases in 17 states.

The US Food and Drug Administration (FDA), which has now added a number of states in northern Florida to its list of approved suppliers, continues to search for the source of the outbreak. Health officials are reportedly still receiving reports of illness said to have been caused by the bug.

Six overseas countries – Belgium, Canada, Dominican Republic, Guatemala, Israel and the Netherlands – are still allowed to send tomatoes to the US, but Mexico remains on a blacklist alongside Texas and New Mexico, both of which have been hit hard by the ban.

The FDA has been criticised in some quarters for its handling of the outbreak. "An entire industry has come to a standstill and consumers are affected by the publicity," said Kathy Means, vice-president of the Produce Marketing Association, in a statement to Bloomberg. "That is why we must find a way to speed this up - both for public health and the industry."