Fresh-cut squares up to new challenges 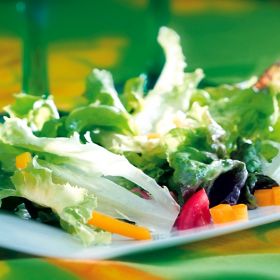 Shrinking margins and increasing costs are putting unprecedented pressure on fresh-cut suppliers according to a leading expert in the US.

Speaking exclusively to Americafruit Magazine, Jim Gorny, executive director of the Postharvest Technology Research and Information Center at UC Davis, said that after a period of explosive growth the industry is now entering a new era of maturity in which suppliers face unprecedented cost challenges.

“Consolidation, competition and downward price pressures are key features of today’s fresh-cut produce industry,” he said. “Faced with rising costs and increased customer demands for food safety and traceability, fresh-cut suppliers are in effect being forced to do more with less.”

He claimed that food price inflation and excessive retail mark-ups may be putting fresh-cut produce outside the price point consumers are willing to pay and warned that this could slow growth within the industry in the years ahead.

“There will come a point where products will become too painful to purchase and consumers will switch to cheaper and less healthy alternatives,” he said.

Faced with the need to cut costs, a growing number of suppliers are turning towards offshore production of low-margin, high-volume items such as iceberg and romaine lettuce, particularly from places like Mexico and Canada.

At the same time, Mr Gorny noted that there has been a resurgence in regional production and sourcing as the high cost of transportation has made local produce more price competitive.

Del Monte Fresh Produce, one of the leading suppliers of fresh-cut produce in the US, predicted that the rate of growth within the fresh-cut industry would accelerate in the coming years.

“We have absolutely no doubt that the fresh-cut category will continue to grow at a much faster pace than it has in the past decade,” said vice-president of marketing Dennis Christou.

He claimed that while convenience and health continue to be the key drivers of growth, consumers will in future demand an increasingly broad range of exotic fruits and vegetables to satisfy their expanding culinary curiosity.