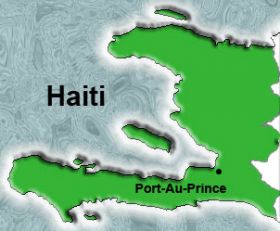 The fresh produce industry has joined those from across the world in contributing to the relief effort in Haiti, the scene of a devastating earthquake that struck on 12 January and is feared to have left up to 200,000 people dead.

US multinational Chiquita Brands International announced last week that it had started an employee-matching programme to raise funds for earthquake relief, with the aim of raising US$200,000 by doubling employee contributions through We Care, a global community fund set up in the wake of the devastation caused by Hurricane Mitch to Central American nations in 1998.

In a memo sent to employees on Friday 15 January, the company said that it would match up to US$100,000 in employee contributions and then direct donations to one of three agencies – the American Red Cross, AmeriCares or World Vision – the Business Courier reported.

Canadian retailer Metro has also announced that it is to launch a broad fundraising campaign to support the Canadian Red Cross' relief efforts in the country, with collection boxes located at registers and an online banner encouraging donations.