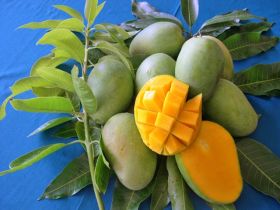 Central Statistics Agency (BPS) figures reported by the Jakarta Post show a significant drop in domestic fruit production with mango yields falling to 1.3m tonnes in 2010 compared with 2.2m tonnes the previous year, while durian production fell from 797,798 tonnes in 2009 to 491,179 tonnes the following year.

Indonesia's inability to compete with other producer countries, such as China, in terms of price and quality meant imported fruit was beginning to dominate the domestic market, the newspaper reported.

According to data from BPS, Indonesia has seen its expenditure on imported fruit jump to US$128m in the first two months of the year, up from US$78m over the same period last year.

Mr Joewono told the newspaper it was important the government took steps to address the country’s increasing deficit in the trade of fresh produce, and invest in modernising necessary infrastructure.