Export target of 200,000 tonnes likely as Russia and Sri Lanka emerge as major buyers this season 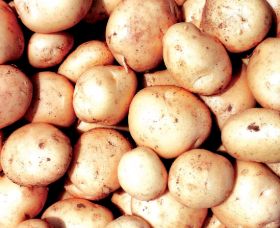 Pakistan’s potato industry expected to hit its export target this season, with import demand rising to match the larger than anticipated production for the root vegetable, the Daily Times reports.

This marks a significant improvement on the previous season, when potatoes fell well short of the 200,000 tonne export goal.

Last year’s poor performance was attributed to a low response from Russian importers due to quarantine issues.

These have been largely allayed following a Pakistani delegation to Russia in December last year.

However, orders this season have been far stronger, with the last half of December 2013 seeing exports of 10,000 tonnes and 20,000-30,000 tonnes expected to be exported during January this year.

While Russian importers have stepped up as major buyers of Pakistan’s potatoes, Sri Lanka has also emerged as a leading import market, with an estimated 35 per cent of potato exports headed for these two markets.

China is also demonstrating growing interest, with the country anticipated to put in substantial orders for the root vegetable and open a highly significant market for Pakistani growers.

Other import markets include Central Asian states, the UAE and Malaysia.