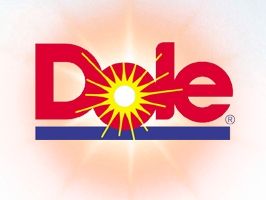 Dole Food Company, the world's largest producer and marketer of fresh fruit and vegetables, has revealed that it has resolved a class action lawsuit alleging environmental misrepresentations in Guatemala.

The lawsuit, Clayton Laderer v. Dole Food Company, Inc., was filed in November 2012 in the US District Court for the Central District of California.

The group said that the parties involved had now 'amicably resolved the class action lawsuit alleging Dole misrepresented its commitment to the environment'.

In coordination with social programmes already undertaken by Dole's independent grower in Guatemala, Dole and the non-profit organisation Water and Sanitation Health will collaborate together on a water filter project to assist the local communities in Guatemala.

While Dole has denied the allegations made against it and its grower in the lawsuit, the company noted that it had reached the resolution because it believed continued outreach and education regarding water sanitation techniques would benefit local communities.

"Dole is proud to contribute to these efforts to assist local communities in Guatemala," said Jonathan Bass, president of Dole Latin America. "Our grower, who is fully certified by numerous independent certifying agencies, is already a long-standing champion for the local communities and has made significant charitable contributions to enhance social welfare, health, and well-being.

"Dole joins in this outreach to emphasise our continuing commitment to developing world-class environmental and sustainable programmes for Dole-owned farms, as well as Dole's commitment to seek to partner with growers with similar goals."