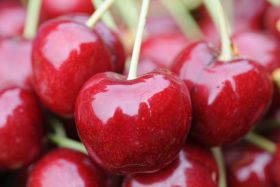 Fairfax New Zealand has reported that the first two 747 cherry flights carried 95 tonnes of the South Island-grown fruit from Christchurch to Singapore on Thursday and Friday, with two more chartered flights scheduled for this week.

"So not only are we seeing a tourism impact from Chinese New Year, we're also seeing a production impact,” Watson said. "Cherries is the big one, then lobster and crayfish."

Fairfax is reporting that New Zealand’s cherry exports will be valued at NZ$50m, up on last season’s NZ$43m.

During the 2015/16 season, New Zealand cherry export volumes tipped 3,400 tonnes, a 21 per cent increase on the year prior, with Taiwan the biggest export market.