A bumper crop, lower international stocks and an improving currency situation augur well for the 2017 season 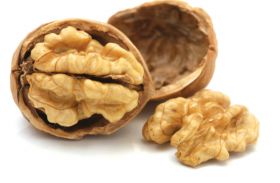 Chilean walnut producers can expect to see a rise in production volumes and returns this season according to Chilenut and the Chilean Walnut Commission (CWC).

The 2017 crop is expected to weigh in at 90,000 tonnes, an increase of 20 per cent on last year, when heavy rains caused widespread losses to what was expected to be a record harvest.

The outlook on the international market has improved considerably in recent months, largely because the US has managed to sell virtually all its bumper crop and reduce its stocks through a policy of aggressive price promotions, clearing the way for the new Chilean crop.

Industry sources said there is currently a high demand for walnuts on international markets, particularly in India and Morocco.

“The slight improvement in the European exchange rate and low stock levels in Asian markets such as Japan and South Korea is also boosting demand,” Chilenut and CWC said.

Demand in the Turkish market is also expected to pick up in the weeks leading up to Ramadan.

Prices are currently around 10-15 per cent higher than at this point last season and although the market is expected to remain unpredictable during the harvesting period, prices should stabilise towards the end of March, the commission said.