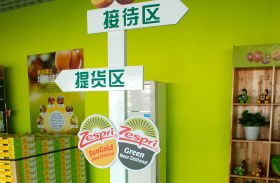 Kiwifruit marketer Zespri will not be charged with any criminal offence relating to dual-invoicing, the practice which led to its Chinese subsidiary being convicted as an accessory to the under-declaration of customs duties by independent Chinese importers it worked with between 2008 and 2010.

New Zeland’s Serious Fraud Office (SFO) said it had reached that conclusion following a four-year investigation, during which it found insufficient evidence to stand up allegations of tax evasion against the company.

Director Julie Read commented: “The Zespri investigation has been lengthy and reflects the fact that we were required to review complex and unusual arrangements between Zespri and their Chinese importers. The gathering of documentary and witness evidence took much longer than usual in this matter.”

Dual invoicing, which involves the creation of two invoices for international transactions, can happen for a number of complicated reasons. Generally, these relate to instances when potential quality claims, additional links in the supply chain or customs requirements make it necessary to declare a value for goods before the final sale price has been agreed.

“In this case the practice of dual invoicing facilitated criminal offending in China,” Read explained. “The lower valued invoice was used by Zespri’s importer to evade duty and resulted in him being convicted for the Chinese offence of smuggling. The instrument of that offending was created by Zespri in New Zealand. For that reason the matter properly came to the attention of the SFO.”

Joseph Yu, a US national employed by the subsidiary in Shanghai, was also found guilty of being an accessory to the crime and given a five-year prison sentence – described by the judge as “light” according to the law.

Yu-Jan Chen, who at the time of the offence was Zespri’s global president of sales and marketing, and to whom Yu reported, is understood to have remained in Taiwan in order to avoid possible incarceration by the Chinese authorities. He no longer works for the company.

In a statement, Zespri chairman Peter McBride said the company was pleased with the SFO decision.

“As we have always been clear, we relied on our former importers to comply with their legal obligations under local customs laws and, based on our own internal investigations, we know that we did not benefit from their customs fraud,” he commented.

“It is satisfying to finally have the SFO confirm that its investigation of Zespri has closed and that there are no further actions.”

Since Zespri became aware of its former importer’s activities in 2011, the company had made significant changes to its business, McBride said, noting that the group no longer uses variable pricing models in its dealings with customers.

"China continues to be a market of tremendous opportunity and, as in many of our fast-growing emerging markets, also has a unique set of challenges in which to do business,” he added. “We will continue to invest in robust systems to protect our reputation and brand.”