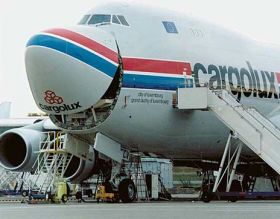 The firm reported that it broke 1m chargeable tonnes flown for the first time ever, and experienced a 2,123 per cent rise in net profit to US$122.3m compared to the previous year when profits plummeted to US$5.5m.

Cargolux attributed its success to high market demand throughout 2017 and a comprehensive review of its business practices, which included optimising its aircraft and increasing traffic.

In its statement, the carrier said, going forward, it planned to expand its international destinations, and intended to strengthen its presence in China, especially at its Zhengzhou hub.

Commenting on the results, Richard Forson, Cargolux president and CEO, said: “The outstanding results for 2017 are a reflection of Cargolux’ employees’ dedication, passion and commitment to make this year a successful one on all fronts."