Following an access deal in 2016, an exporter has finally designed a treatment process to meet protocols 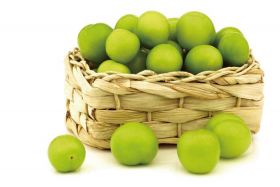 Access for the country’s jujubes had been in the making since 2009 and was successfully granted at the end of 2016, but following that, no exports had taken place due to strict phytosanitary protocols.

One major reason for the setback was an outbreak in Taiwan of Oriental fruit fly, which was relieved by a freezing process that killed the pest, offering a breakthrough in trade.

Taiwan News reported Tainan Agriculture Trading Co were responsible for creating the freezing method and will export the first cartons of jujube.

The company’s general manager, Lee Wei-hsiung is positive about the access deal, but said the jujubes need to meet many requirements before they set sail for Japan.

The fruit must first pass pesticide testing, and after be frozen to below 1.2°C for 14 days to ensure all fruit fly eggs are exterminated.

Lee will export the Kaohsiung No12 Cherish variety of jujube, which he said is sweet, crisp and juicy.