Hundreds of thousands of hectares are flooded, with citrus, grapes and vegetables among worst affected crops 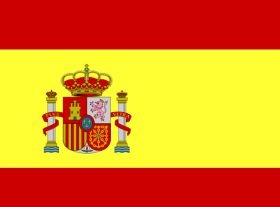 Heavy storms in south-eastern Spain have caused extensive losses to fruit and vegetable production and severely damaged infrastructure across the region.

Six people died and thousands had to be evacuated following last week’s gota fría (cold drop), the weather phenomenon which brings heavy rains during the autumn, which is believed to have been the most severe for more than 100 years.

Grower unions are calling for the government to declare the worst affected areas a Catastrophic Zone. Although it is still too early to get an accurate assessment of the extent of the damage, they fear that up to 300,000ha might have been lost.

The worst affected provinces are Valencia and Alicante, Albacete, the Campo de Cartagena in Murcia, and parts of Almería, Granada and Málaga.

Citrus is among the crops believed to have sustained the worst damage. However, the extent of the losses will depend on the number of days that the lower part of the trees and their roots remain underwater.

In Valencia, the Unió de Llauradors said table grapes that had yet to be harvested had sustained significant damage, along with citrus, persimmon and almond trees, both from the rain and the strong winds.

In Alicante, Asaja said initial estimates suggest that 150,000ha of citrus, vegetable and grape production between Elche and Pilar de la Horada have been lost.

In the area of Orihuela and the Campo de Cartagena, fields had just been planted with lettuce, spinach, celery and other vegetables, all of which are vulnerable to water damage.

Alfonso Gálvez of Asaja-Murcia said the effect of the storms had been disastrous. “In many areas such as the Campo de Cartagena the water has been devastating,” he said.

“It is still too early to know the extent of the losses, but it is clear that the water has been very bad fro crops such as vegetables, table grapes and citrus. Many packhouses used for export are flooded and the losses will be substantial.”

Producer unions in Almería said several hundreds of hectares of greenhouses had been destroyed.

In Málaga and Granada, the strong winds have damaged avocado and mango production. With almost three months remaining till the avocado harvest, thousands of kilos of fruit is on the ground.

Growers said they expected to incur a significant economic hit from last week’s storms, which compounded what had up to now been a difficult season due to the atypical climate and lack of water.

After visiting the affected areas on Saturday, president Pedro Sánchez announced that the government “will not spare any kind of material or human resources to respond to the effects of the Gota Fria”.