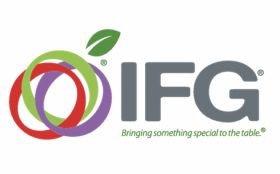 The leading table grape breeder had been engaged in a protracted fight against the uncooperative grower as it sought to protect its proprietary varietals in Western Cape, South Africa.

In 2010, IFG concluded a suite of licensing, planting, and marketing agreements with a table grape grower in Paarl, as well as other associated farming entities. The grower was licensed to plant, grow and market several IFG grape varieties in South Africa,

However, during an inspection, IFG determined that this grower had unlawfully propagated some of the varietals beyond license limits and was growing and propagating an IFG varietal before protection for the variety was granted in South Africa.

Upon further investigation, IFG determined that the grower had stolen a slip of the varietal from one of the IFG founder's vineyards in California while visiting and had transported it to South Africa, where it was grafted, propagated, and commercially grown.

The grower refused and IFG was forced to take more drastic measures, including the freezing of bank accounts and contempt of court proceedings for failure to comply with the court's orders, until the grower complied by cutting the vines below the graft union on all IFG varietals.

Andy Higgins, chief executive of IFG said the result was a stunning success for IFG and for all owners of plant breeders' rights, which are an extremely valuable form of intellectual property.

“It was a long road, and we are glad to come to the end of it, but we have no regrets,” said Higgins.

“Our intellectual property rights are the heart of our business, and we need to protect them. We will not hesitate to take similar action in other parts of the world should there be a need to do so.”