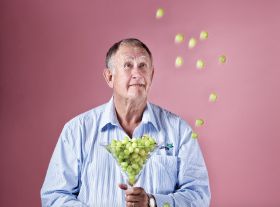 Piet Karsten has handed the reigns of leadership at the Karsten Group to two of his children as the legendary South African table grape and fruit grower says his final goodbyes.

At the same time he announced a strong and experienced team to guide the group into the future, which he described as "an exciting change".

Pieta Karsten Jnr, as CEO, and Belia Karsten, as chief operating officer (COO), will jointly spearhead the fruit growing and marketing group in the future.

“Given the scope and size of the group, I have been working very closely with the current management team to implement a robust handover and succession plan,” he explained.“This is to ensure that the values and legacy of what we’ve built over the last 50 years is preserved and used to grow the business going forward.”

“It is a privilege to hand over the reins to the new generation that will be leading and growing the Karsten Group into its next chapter.”

He said that in future, the position of CEO, which was approved by the board and shareholders, would be a dual position.

“The CEO will be Pieta Karsten Jnr and the chief operating officer (COO) role will be fulfilled by Belia Karsten," Karsten continued. "I am confident to split the role in this way, leveraging off their combined expert insights at different levels within the business to lead us forward.

"Geographically, we are spread across the country, which is a big asset, but also poses many challenges, as it is difficult to manage people and products over such vast distances.”

Similarly, the role of the production head, which has traditionally just been the responsibility of one person, will also be split and have two representatives looking after the different products, namely long standing senior executives Pieter du Plessis and Jacey Folcher.

They will both be chief product officers looking after different production activities.

Piet Karsten said that after many years of hard work and time invested into Karsten Group he was ready to step back as founder of the business.

“I am incredibly proud and humbled by everything that we have achieved together; the creation of jobs, the empowerment of people, and the role we played in enhancing people’s lives.”