Finca Esmeralda, a Fyffes-owned farm in Costa Rica, is the first to earn the new 2020 Rainforest Alliance certification 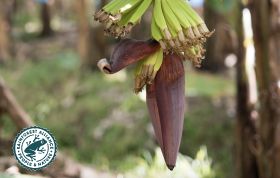 Fyffes has announced that its banana farm Esmeralda, in Costa Rica, is the first in the world to receive the new Rainforest Alliance certification, version 2020.

This version of the certification deploys a radical new management system approach to environmental, labour, social and economic risks.

Rainforest Alliance chose Fyffes for the field implementation of its new certification, which includes new concepts such as a gender equality programme at the worker level and the implementation of a salary matrix tool.

Fyffes said that a broader occupational risk assessment mechanism had also been introduced, leading to "a comprehensive operations management plan and a clearer business focus towards sustainability", among other objectives.

“With this new milestone, Fyffes reaffirms its global leadership strategy in sustainability-related compliance," said Hugo Hays, global director of compliance and food safety at Fyffes. "Our commitment to facilitating the development of progressive, pragmatic and innovative solutions together with sustainability standards is once again demonstrated, and it helps strengthen the trust so demanded by our customers."

The new Rainforest Alliance certification standard requires the development of a management system that focuses on the mitigation and elimination of risks, therefore requiring the implementation of preventive and corrective actions.

It also requires the standardisation of the management system in all farms based on established procedures and controls, and a comprehensive management plan in which all activities around the operation are considered.

In addition, the new standard promotes the prevention and elimination of human rights violations and compliance with national legislation.

As an example, it now introduces the issue of gender equality to all farm workers and employees and the development of a broader labour risk assessment mechanism.

Among its positive aspects, the new standard also contributes to creating a differentiation in the commercialisation of the product, since it requires shared responsibility agreements between the farm and the buyers that meet Rainforest Alliance’s new Sustainability Differential and Sustainability Investments requirements.