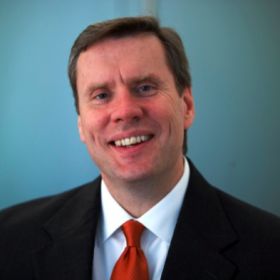 Mike Mack, the chief executive officer of crop protection specialist and seed developer Syngenta, has told delegates at a Malaysian commerce event that agricultural technology continues to play a crucial role in safeguarding the environment.

Speaking at the International Chamber of Commerce's 6th World Chambers Congress in Kuala Lumpur, Mr Mack said that the role of science and technology should look beyond merely increasing productivity at the wider picture of environmental support, which will in the long-term preserve land and biodiversity and maximise water resources.

"Throughout time, biodiversity and a growing world population have a fragile coexistence due to the basic human needs of shelter and rising living standards," he noted. "Technology can play an increasingly critical role in alleviating these tensions."

This rang especially true for the agricultural industry, he said, with improving technology allowing the increasing of yields without cultivating new land, while also helping the sector to use water more efficiently.

"The headline from the past year on the food crisis have been replaced by those on the economic crisis," Mr Mack added. "The economic climate has changed conditions for many growers around the world.

"What has not changed is the long term nature of the challenge to produce enough food for tomorrow's needs and to do so symbiotically with the world we live in."