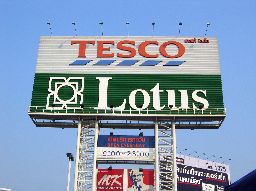 “This underscores the company’s commitment to support the Thai government’s effort to stimulate the economy and to ensure that at least parts of the 14.8m Thai farmers, who are a key pillar of the Thai economy, benefit from such effort,” said the senior vice president of Tesco Lotus, Dr Darmp Sukontasap.

For a total Thai export figure, Tesco is targeting 228,000 tonnes of fruit and vegetables this year, a 30 per cent increase on 2008.

“Tesco Lotus is also working closely with the Commerce Ministry to export a further 200 tons of longan to China, with the first shipment arriving on August 28, 2009, with the remainder to be sent weekly,” detailed Dr Darmp.

“Aside from the UK and Europe, we are now facilitating exports to Asian markets such as China with its huge consumer potential, which is familiar with Thai agricultural produce, while transportation is convenient.

“We are now looking at exports to 40 Tesco stores in Shanghai and Beijing, and if the promotion is successful, we are looking forward to increasing volumes in the future, both in China and other Asian markets.”

Tesco’s Thai export drive was kicked off in the UK in June under the ‘Healthy and Tasty from Thailand’ banner.

The retailer is also working with the Commerce Ministry to develop a domestic GlobalGAP equivalent, and is pushing for increased adherence to GAP standards among Thai farmers.