Chilean sector urged to get creative 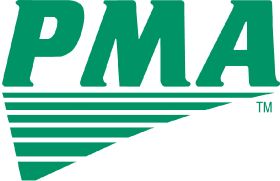 Chilean exporters must cut costs further and build new trading partnerships while continuing to encourage increased consumption of fresh fruits and vegetables, according to a panel of speakers at a fresh fruit workshop in Santiago on Tuesday, organised by the US-based Produce Marketing Association (PMA) under the banner Creative Trade Strategies for Tough Times.

Chile's US$2bn fresh fruit industry is currently hampered by a low-valued US dollar and sharp increases in labour and transport costs, while the country's recent transport strike has added yet another layer of difficulty to an already tough export season.

The speakers confirmed need for Chile to further mechanise its industry in order to lower labour costs, to seek out international alliances that can enhance services offered to clients, and to promote better fruit eating habits among consumers.

"The markets are there and they want all the top quality fruit we can provide them with," said Subsole's Mr Allamand.

An estimated 250 growers and exporters attended the PMA seminar, the second such event that the PMA has hosted in Chile. A similar event in Lima aimed at the now prospering Peruvian fresh fruit export industry is due to follow later this month.

"The Peru seminar will be focusing on Peru's export opportunities in the US market," said seminar organiser Gustavo Yentzen. "We are expecting 120 Peruvian fruit leaders to attend the seminar. The realities in Peru are different than they are in Chile, so the workshops will necessarily have a different orientation."