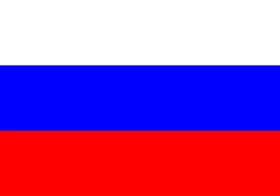 North Korea has been in talks with Russia on plans to lease swathes of farmland in the country’s Far East to grow vegetables and grain.

The proposed deal is for the lease of around 200,000ha of idle land in Amur, largely to produce grain, but also vegetables. The deal has an added importance following heavy rains in North Korea in June and July, which reportedly caused significant damage to the country’s agricultural production.

“The North Korean authorities are planning an unprecedented agricultural project – to create a farm in the Far East to grow soybeans, potatoes, corn and other crops,” an unnamed regional Russian official told RIA Novosti.

“Everything that Korean citizens need, because the issue of food shortages there are acute from time to time due to land shortages.”

The proposal requires the North Korean company formed to manage the land must be registered in Amur, and the initial lease cost of the land comes to around 50 rubles (US$1.70) per hectare.

The North Korean delegation will reportedly consider the terms of the lease next week, the report said.