Jamaican banana industry will go on

Calls for the closure of the industry are unnecessary, despite the latest storm significantly damaging production 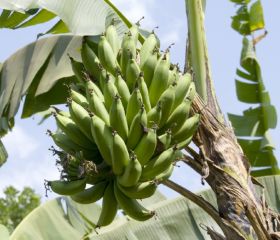 Jamaica's banana industry will not be abandoned despite a fourth consecutive year of storm damage, according to All Island Banana Growers Association chairman Bobby Pottinger.

The Caribbean island was hit by Tropical Storm Gustav last week, destroying around 80 per cent of the country's banana crop according to the Jamaican Producers Group – raising question marks over the viability of maintaining the industry.

"We have not finished our assessment, but I can't say with any kind of confidence that yes, we are coming back into the export business," Jamaica Producers Group director Marshall Hall told Radio Jamaica's Beyond the Headlines programme. "Over the last four years it has been horrendous and the costs have been simply absurd."

However, Mr Pottinger has insisted that the industry will bounce back from the latest blow to production.

"We have gone down several times and each time we've gotten back up and walked," he told Radio Jamaica. "In the eastern Caribbean it's a similar situation. They have been hit by hurricanes more than once and they're now back in production hoping to ship 40,000 tonnes this year."